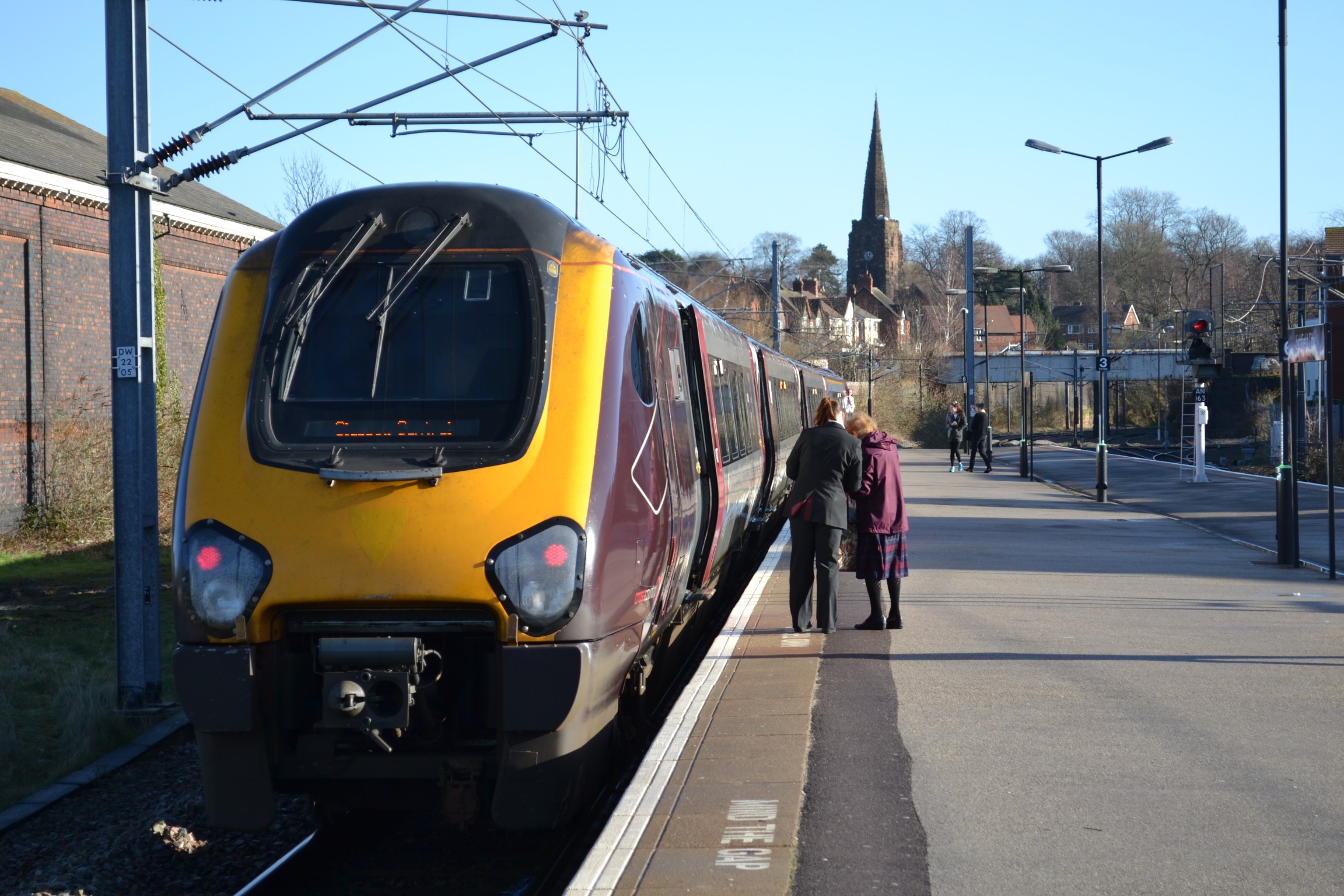 A change of venue for our September meeting, which will be held on Monday 8th September at 8pm as usual but in the upstairs meeting room of the Kings Head on Bird Street. This change to ensure privacy was to welcome Mark Goodall, London Midland’s Head of Line for Cross City; unfortunately he cannot now make this date, but hopes to join us in October. A substitute London Midland manager may be available. Venue for October to be advised.

David Dixon and Ian Jackson had an excellent two hour meeting recently with Mark covering a wide range of issues. We look forward to learning what they will do in response, and when. He confirmed that the December timetable changes had been approved. This will introduce an extra unit to the line so that the layover times at Trent Valley and Redditch are extended. This will add extra resilience to the timetable and reduce the need for late running trains to be turned back prematurely to get them back on schedule. The other significant change is that it will be the service stopping at Shenstone that runs through to Trent Valley. Members of the email group already have full notes of the meeting, but if any other member wants a copy, let Ian Jackson know.

We gave a presentation in June to the Birmingham and Solihull LEP, seeking their support for the re-introduction of passenger services between Lichfield and Burton/Derby. Our proposal was that one of the Birmingham to Nottingham services be diverted via Sutton Coldfield and Lichfield to give an hourly direct service from these towns to Derby and Nottingham. This has the advantage of providing an additional service to Sutton Coldfield as well as Lichfield, excellent onward connectivity at both Derby and Nottingham, and would only need one extra unit. The alternative option of running an hourly shuttle between Lichfield and Derby would require two units, and necessitate a change for Sutton passengers, as well as terminating at Derby. The LEP board seemed very interested and are now seeking funding to cover the cost of a capacity study and a GRIP1 report.

Great North Western Railway Company, a subsidiary of Alliance Rail, announced in June that they have reached agreement with Network Rail to purchase paths for two new direct, high speed services from Blackpool and Leeds/Huddersfield to Euston using the WCML. The access contract needs only final approval from the Office of Rail Regulation (ORR) so that the new trains can be ordered, and the recruitment process can begin.

The key features of the GNWR proposal are:

What has been less publicised is that it is proposed that both services will contain trains that will call at Lichfield Trent Valley, Tamworth and Nuneaton or a subset of these. Whilst we do not know at this stage the definitive number of services to each of the 3 stations per day it is in their prospectus to provide some services. A decision is expected from ORR later this year and if approved, the final timetable will then be developed further with Network Rail.

This is very exciting news with 24 extra trains a day available to stop at LTV. The full

Consultation document issued in 2011 stated that “Timetabling work has confirmed that it may be necessary for some Alliance trains in both directions to be overtaken by franchise trains. One key location where this is required is Rugby. Subject to re-examination of the revenue case, Alliance therefore proposes to make occasional calls at Rugby. On similar grounds, it became apparent that most trains that call at Tamworth could also call at Lichfield Trent Valley without affecting overall journey times or compromising capacity.”

We wrote to Alliance rail in 2010 urging them to look at stopping at Lichfield and it is gratifying that they have stated that they intend to do so in their 2011 consultation document, and have reiterated this in an email to us this month.

The Department for Transport has recently consulted over content of these franchises which are soon to be re-let. We responded, partly because these services are often used by Lichfield people travelling north, but more importantly because they will set precedents for later franchises including that currently held by London Midland and other more local ones. Copies on request; we have majored on drivers opening/closing train doors to free conductors to concentrate on revenue protection.

The Parliamentary Committee is visiting Staffordshire in September and will be hearing local petitions this autumn. No news yet on any change of policy on the proposed Handsacre link to the WCML.

We are currently in the final stages of developing a website – Lichfieldrailusers.org -and will let you all know when it is up and running.