Our railways : our future 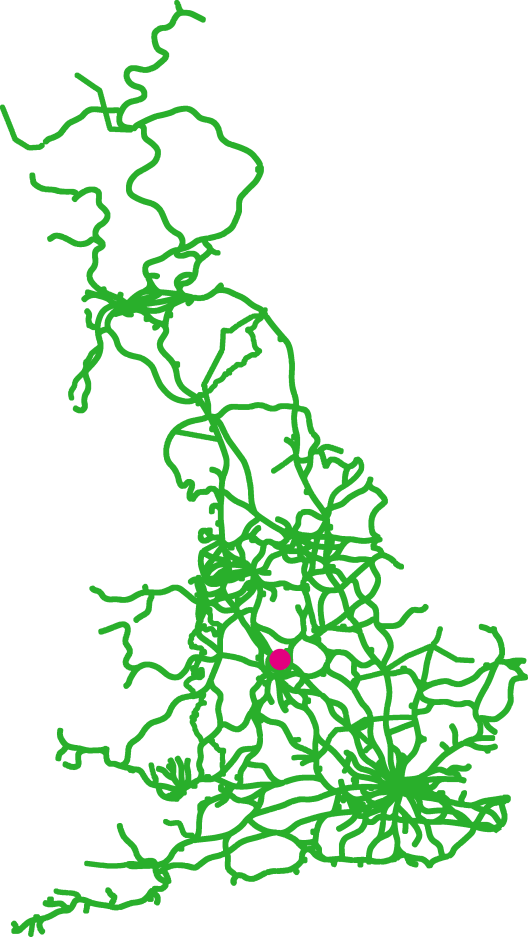 Each year, more and more people choose to make the change from road to rail.

In our own West Midlands region, rail patronage has doubled in little more than a decade. The railways are now vital to Lichfield’s economy and future prosperity, because good connectivity attracts business, investment, and tourism from across the UK and beyond.

A modern rail service, with frequent trains at the times people need to travel, along with high quality, accessible station facilities, is essential for Lichfield’s economy and the livelihoods of its citizens.

Lichfield Rail Promotion Group campaigns for improved rail services and facilities in Lichfield District, fit for the current age and ready for the future.

LRPG works together with other campaigning groups to lobby Network Rail, the train operating companies, local authorities and other bodies responsible for rail strategy.

The group formed in the 1980s to respond to the threat to Cross City Line services between Lichfield and Birmingham and had early success with its campaign for the modernisation and electrification of the line.

Recently, the group has been successful is seeking Access For All funding for step-free access at Lichfield Trent Valley station.

There are three passenger services through Lichfield:~

West Midlands Trains is a consortium, with Abellio (owned by the Dutch national rail operator) having a 70% share and JR East and Mitsui having a 15% share each.

Our railway stations are a gateway to the city and district.

Both Lichfield City and Trent Valley stations are in desperate need of modern, comfortable customer lounges and toilet facilities which are open whenever there are trains.

At Trent Valley station, better and safer access from the public highway, including step-free access, and better shelter from the weather on all platforms are required.

A new station building on platform 1 with ticket office and toilet was built a few years ago, but can currently only be accessed during ticket-office opening hours.

In order to meet passenger demand, the Cross City Line needs earlier trains, and more frequent trains in the evenings and on Sundays, as well as greater use of longer, 6-car trains to reduce the current overcrowding.

On the Trent Valley Line, more fast trains between Lichfield and London are required, especially on Sundays.

A line from Lichfield to Derby is already there. Opening a regular passenger service on this line would provide an important link to Nottingham, Sheffield, Leeds, York and the North East, and would relieve road congestion on the heavily overcrowded A38.

And with only modest extra capital investment, a new station could be added to this line at Alrewas.

The National Memorial Arboretum at Alrewas is expecting half a million visitors each year, yet rail travellers have to rely on taxis from Lichfield despite the line passing so close.

And, with more land available for parking at Alrewas, a station there would also relieve the pressure of cars coming into the city and on the limited parking at Lichfield stations.

Burntwood is the thirteenth largest town in England without a rail service, yet road travel to Walsall, Lichfield, the Black Country and further afield is slow because of congestion, particularly at peak times.

The route for a line from Lichfield to Walsall, which could include a “parkway” station for Burntwood, is there, but requires the renewal of track between Lichfield and Brownhills and track reinstatement from Brownhills to Walsall.

Opening up this route would also provide a faster service into Birmingham and quicker and easier connections to Wolverhampton, Telford, Shrewsbury and Mid Wales.

The route (along with Lichfield – Burton) could also be used for a direct service from Wolverhampton and Walsall to Derby and Nottingham, providing better transport links & connectivity between major centres of the West and East Midlands.