After many years of campaigning by the Group, we are at last on the list for provision of step-free access between the three platforms at Lichfield Trent Valley, at the expense of the Department for Transport. (Other stations also blessed include Kidsgrove, Warwick and Market Harborough.)

We have offered our input to London Midland/Network Rail as they consider how best to achieve this.

For the first time for a long while, people in positions to do something are interested in what we have to say.

We presented the case for a revived passenger service to the Leader of Lichfield District Council and two of his colleagues on 6 March, following the week of diverted Cross-Country trains in February. 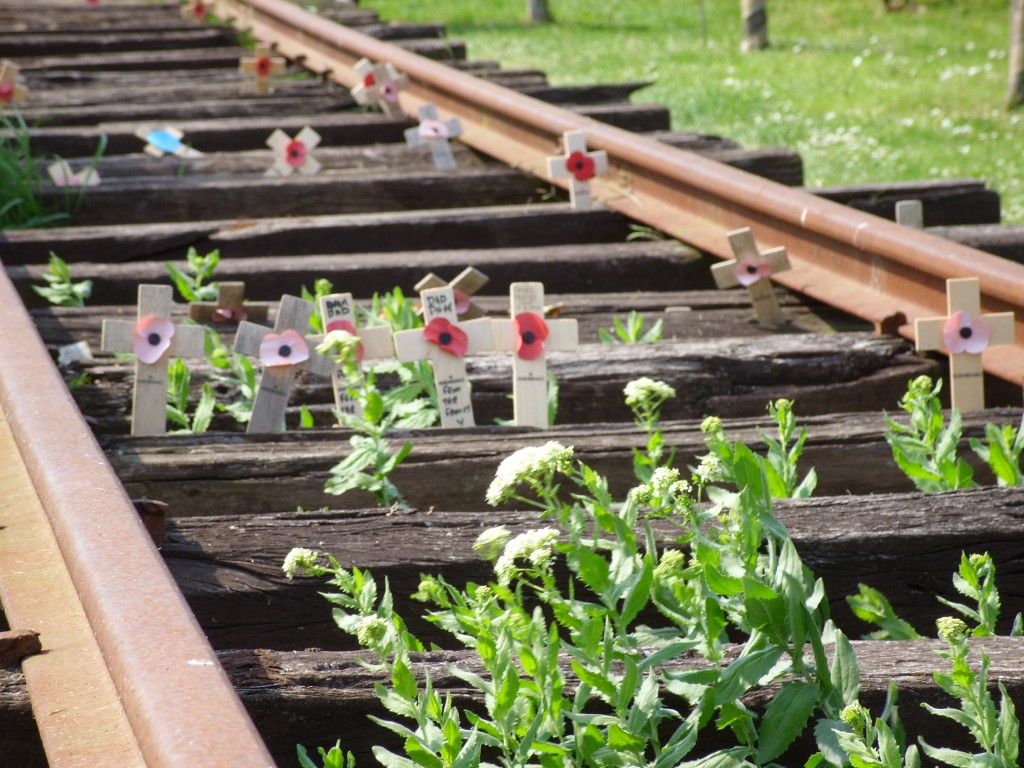 The Burma Railway memorial at the National Memorial Arboretum at Alrewas

They appeared suitably impressed, particularly by the prospect of a station at Alrewas (for the village and NMA) and we hope to have an opportunity to make a similar presentation to the Birmingham and Solihull LEP, possibly in June.

We also covered Lichfield-Walsall reopening with a Burntwood Parkway station at Anglesea sidings.

A further increase in footfall to 914,492 for 2012/3 has been reported (a pity the ORR still take nearly a year to issue these important figures).

Adding in City station, Lichfield had in all 1,553,930 passengers, against 1,040,998 at Nuneaton, 962,762 at Tamworth and 1,928,964 at Stafford. Lichfield’s high numbers, both actually and relatively, despite the lesser variety of destinations available, is a further indication that we deserve and would support better services.

In passing, the reported Lichfield figures may be lower than they should be because of inadequate ticket checking at stations and on-train. 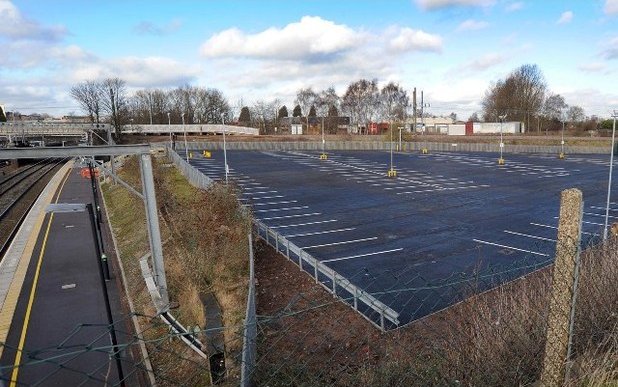 The new car park by the up main line platform with 120 spaces opened in February, and unsurprisingly is already well used without obvious reduction in usage of the original area. We’ll be looking for the next step towards the 600 or so spaces which would doubtless soon be filled too.

The new station building on the down mainline platform looks almost complete at the time of writing, provided (like everywhere else since an incident at Glasgow Airport) with stainless steel bollards to stop terrorists ram-raiding it. We hope that the waiting area and toilets will be left open when the station is unstaffed – otherwise its use will be limited to weekday mornings and early afternoons. (A suggestion for non-clerical staffing when the ticket office is closed has so far not found favour).

London Midland have been working hard on how best to recover from disruption, and invited our comments on their plans – another welcome innovation.

A revised timetable is in mind from December this year, a major change being that the xx25 and xx55 from Birmingham New St will run to Lichfield Trent Valley instead of Lichfield City, the xx05 and xx35 terminating at City instead. This, and changes at Redditch, will result in longer dwell times at both ends of the line making it easier for late running trains to complete their scheduled run and pick up the lost time during the turnaround.

The TV trains will call at Shenstone in both directions, filling a need; the City trains will be fast from/to Blake St. A later train south from Lichfield is also planned – meeting another of our wishes. More frequent Sunday trains, and earlier starts, look like having to wait for another day.

Virgin are looking at our suggestions for extra calls at weekends; a response is expected soon. They have so far refused to consider weekend pages for the London-Crewe section of their timetable brochure; such of their trains as do stop along the Trent Valley on Saturdays and Sundays are thus hard to identify – except in the London Midland brochure!

London Midland are hoping to provide two units on more of the busiest trains, especially at weekends, once the new 350/3 trains (which, like 350/1s, can run at 110 mph) are available.

The hybrid bill passed Second Reading in the House of Commons on 28th April with a large majority, despite the efforts of our local MP.

Now it faces months of consideration in committee, with Royal Assent (if it passes all the Parliamentary stages) not expected until after the 2015 General Election.

The newish Chairman of HS2 Ltd, Sir David Higgins, advocates completion to Crewe shortly after Phase 1. Whether a substantial link to the WCML at Handsacre, complete with flying junctions, would still be justified must be open to question.

Members of your committee have again been busy attending meetings of various bodies: with Railfuture Midlands each month (our Secretary is now West Midlands rep on their National Freight Committee), WestCoastRail250 in Coventry in February and Campaign for Rail and Centro on 20 March. By attending such meetings we remind other stakeholders of our existence and aspirations.

Locally, we continue to meet on second Mondays of each month at 20.00 in the George IV pub in Bore St, Lichfield, in a convenient de facto private room inside on the left. Attendances are generally 10-12 members; discussion is lively. Do come if you can—no notice is required!